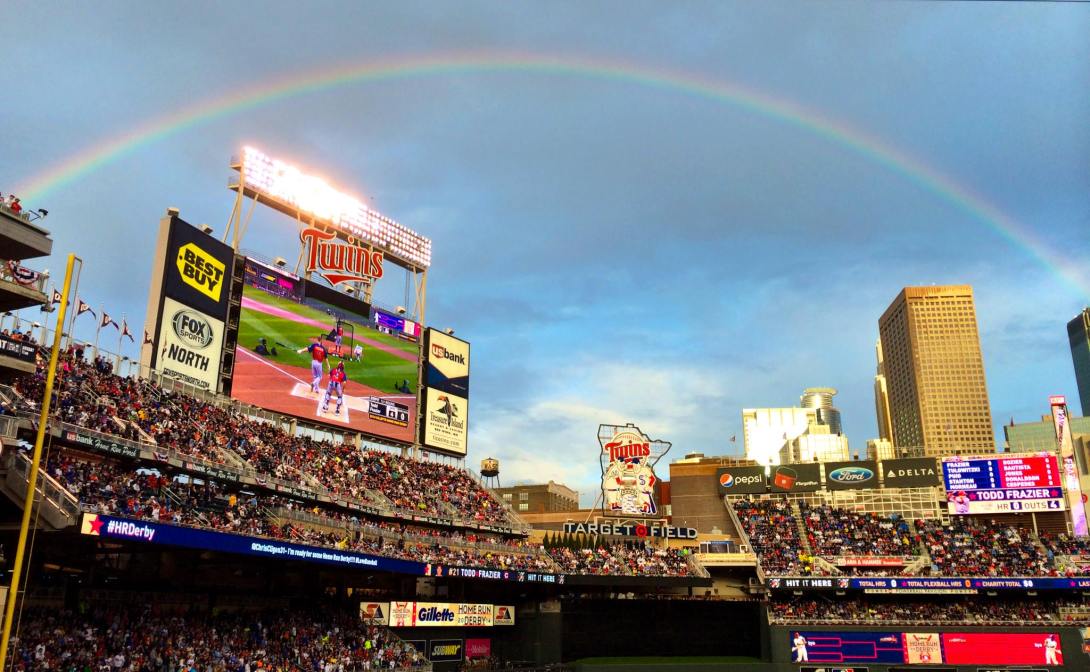 Why the hell does this game determine World Series home-field advantage? It’s a joke of a game and it’s not played to win (even when it “counts”). I will look past the fact that Clayton Kershaw didn’t start for the National League because maybe, if you squint your eyes and cock your head and take a half-dozen shots and wear a red uniform, you could make an argument that he’s not the most dominant pitcher in the MLB right this specific moment, but to pull him after a single inning of 1-2-3 work if you’re trying to win is crazy. Same for Greinke. Really good and and even better inning than Kersh’s and only up there for three outs. Insanity.

Home-field advantage should go to the team with the best record in the regular season, just as it is during the playoffs. Either that or the team with the best playoff record. Something based on actual accomplishment rather than making sure as many guys as possible get to be seen by their hometown fans on the TV.

Regarding the Home Run Derby, I think they should stop messing with the number of outs each guy gets and restrict them to 20 pitches. You could have twice the number of guys participate and it would last just as long and it would be more exciting. Knowing that each pitch really mattered would add drama to each thrown. Also, just have it be the HR leaders from each league. No picking. No politics. Should Yasiel Puig have been there? No, probably not. He hasn’t hit a homer since May. How about the top ten from each league, twenty pitches a piece? Sounds pretty fun to me. Probably more fun than how we do it now.